The Caño Negro Wildlife Refuge, considered one of the most important areas for bird watching in the country, will premiere a new touristic infrastructure in which more than $1.4 million was invested. This investment is intended, not only to improve the aspect of the reserve, but also to attract more visitors and revive the local economy.
The creation of a visitor center, an 18-meter (60-foot) tower that will permit bird watching, a berth for embarking and disembarking visitors, as well as an elevated trail form part of the improvements.

A management and usage plan for the Caño Negro and Los Chiles wharfs was also included; moreover, workshops that support touristic entrepreneurship in the area will be promoted.

This important wildlife refuge is located in the lower section of Río Frío’s basin close to the Nicaraguan border and represents one of the most important attractions for tourism in the Arenal Volcano area.

Caño Negro has an extension of almost 10,000 hectareas and is declared a RAMSAR Site (Internationally important wetland) representing, along with the wetlands to the south of Lake Nicaragua, one example of the most outstanding wetlands in Mesoamerica.

Return to the Blog 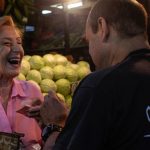 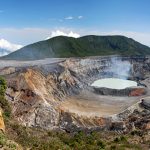